A guy named Kurt brought me an MG hood to paint a British flag on. He wanted the red to match the car’s interior, so I made it a little darker than usual. That’s realistic, because there are some reds which change to a brick red instead of turning pink or orange.

It was a fun project, one I’ve not done in the 30+ years I’ve been painting signs. Here’s the car with the flag done in vinyl; and the painted version: 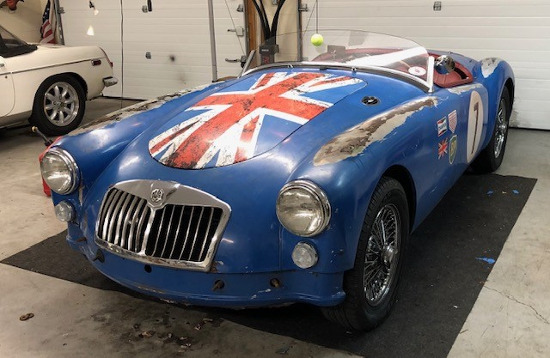 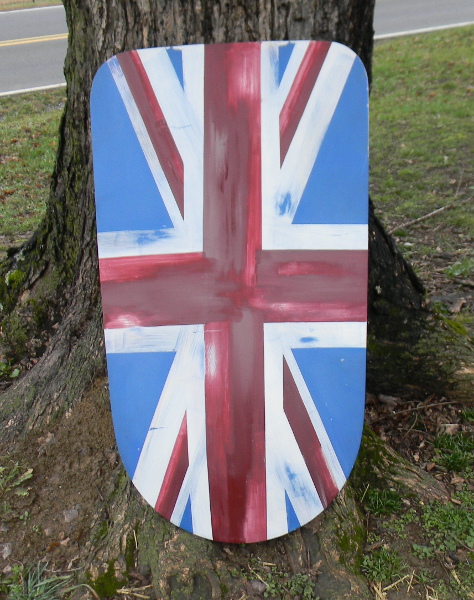 Here’s the car with the hood on it: